When you fish with limb lines sometimes you get more than you expect.  That was the case one morning when Phil and Woody went out to check on their lines.   As we slowly came upon one of the lines near the bank – they could tell they had hooked something big.  At first they thought it might be a catfish, but then the tail made an appearance above the water line – it was no catfish, but a turtle.   A large alligator snapping turtle that is not to be taken lightly.  It can remove fingers from your hand and break bones.   After wrangling it into the boat they had the dubious task of getting it ashore and securing it safely.   It remained in a large, plastic tank behind the big house for others to check out for a couple of days before meeting an untimely end and becoming turtle soup. 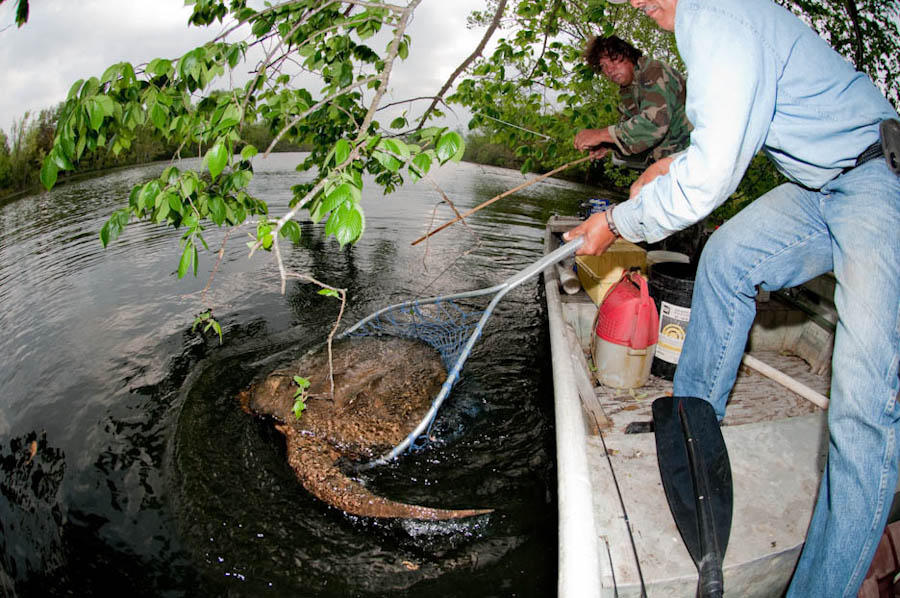 I bet that sucker was tasty.